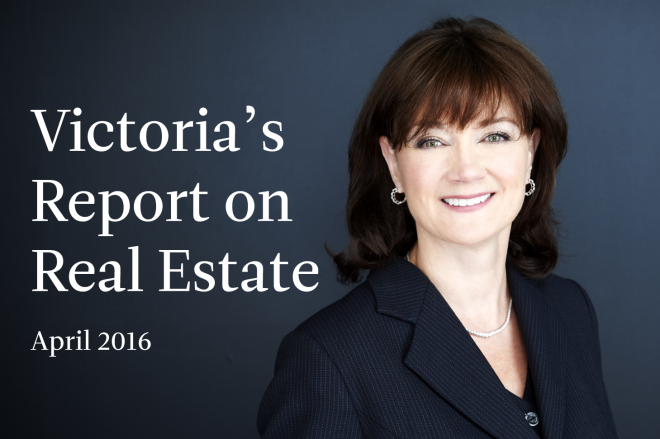 At the beginning of 2016, The Toronto Real Estate Board (“TREB”) outlook for the year pointed to a strong possibility of a second consecutive record year for home sales. This outlook was based, in part, on upbeat consumer survey results pointing to robust home buying intentions.

With Toronto recently having been named the best city to live in on a worldwide scale, Toronto is attracting many new residents from around the world, further driving real estate sale volumes and pricing.

The positive annual growth in sales was not mirrored on the listings front. The number of new listings entered into TREB’s MLS® System during March and the first quarter were down compared to the same period in 2015.

The supply of listings continues to aggravate many would-be home buyers. Toronto could have experienced even stronger sales growth if it had not been constrained by supply of listings, especially in the low-rise market segments. Jason Mercer, TREB’s Director of Market Analysis reported recently that the resulting strong competition between buyers has underpinned the double-digit rates of price growth experienced so far this year.

What’s going on in the Toronto Condo Market?

With continued price increases in the single-family Toronto real estate housing market, homes are unaffordable for many Toronto families. But many young professionals with smaller families don’t have a surplus of time to commute from the GTA to the downtown employment hub.  This reality is pressuring young families to live and work in downtown Toronto and to consider condo living as a viable option. More condo developers are now creating 2 + Den and 3 bedroom condos as part of their new developments to cater to this market.

What’s going on in the Toronto Housing Market?

With our prevailing and forecasted low Canadian Dollar and mortgage interest rates, coupled with the increased popularity of Toronto on a worldwide scale, the Toronto Housing Market continues to be red hot. Foreign investment is pouring in from Western countries.  As compared to other popular cities around the world, Toronto is still an affordable option for foreign investors and Canada is a safe place for their funds.

What are people looking for?

Location is a big driver for many buyers looking for new property. Homes that are in great, central neighbourhoods with big lots will command top dollar in the coming year, especially ones that have been upgraded to include modern finishes and contain live/work space such as a home office. Homes that have been upgraded well are commanding multiple offers in many areas in central Toronto.

In summary, TREB announced a record-breaking first quarter for home sales in 2016 in the City of Toronto, with home sales up 15.8 per cent from Q1 2015.

In the month of March:

Demand was not an issue, with many eager buyers looking for properties. Even though home sales were strong, they were constricted by limited supply.

Looking for a home? Browse our Distinctive Collection and give us a call to find your perfect home today.