Moving to Bayview Woods-Steeles: A complete neighbourhood guide - Distinctive Advisors Inc.
Back to all All PostsAll posts
October 4, 2021 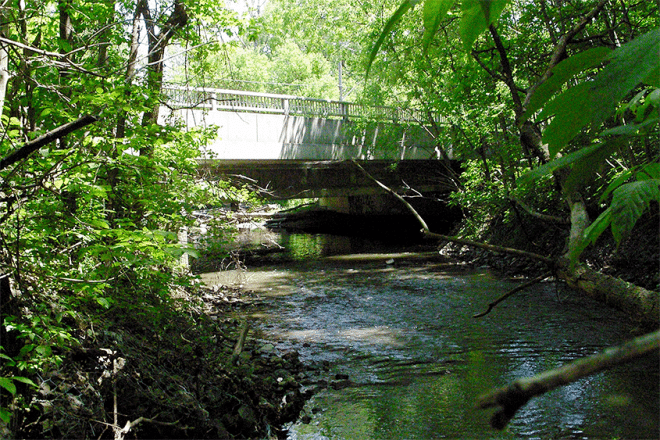 Bayview Woods-Steeles is a picturesque residential community located along the northern border of the City of Toronto. The neighbourhood is known for its amazing selection of houses and access to scenic nature trails along the Don River and the German Mills Creek. The area has become extremely popular with young families who appreciate the tight-knit community feel of Bayview Woods-Steeles and the wonderful selection of schools in the area.

The types of homes in Bayview Woods-Steeles

There are also several condominium complexes sprinkled around the Bayview Woods-Steeles area to provide some diversity to the housing options in the neighbourhood. The Gates of Bayview located on Garnier Court is one of North Toronto’s most exclusive apartment rental addresses. The Gates of Bayview offers one, two and three bedroom rentals with extensive amenities, beautiful shrubbery, mature foliage, and stunning floral displays. The Bennett on Bayview is another great condominium complex located on Bayview Avenue across the street from the Bayview-Finch Medical Centre. The Bennett is luxury condominium complex with a modern design aesthetic, large suites, and amazing local green spaces.

Bayview Woods- Steeles is one of the older and more well-established neighbourhoods in North York but that doesn’t mean that there aren’t any new developments happening in the area. An exciting new residential development is underway in the center of Bayview Woods-Steeles. The new development is called the Ivy Hall and is a unique collection of just 30 palatial homes located along Lonergan Crescent and Ballyconnor Court. Each 60-foot lot will feature a new single detached home of over 4000 sq ft, carefully designed and built by Country Wide — one of the most respected homebuilders in the GTA. These homes will feature brick, stone, and stucco exteriors with tall solid wood doors, and fully interlocked stone driveways.

Making the move to Bayview Woods-Steeles

The popularity of Bayview Woods-Steeles has grown tremendously over the last few decades and demand for property in the area is skyrocketing. The neighbourhood is ideal for young families looking to move into their first home. The neighbourhood has beautiful houses, wonderful schools, and is removed from the hustle and bustle of the big city while still being close to commercial hubs like Fairview Mall. Moving into a new home can be a daunting task especially when you also must worry about selling your previous home. When you are selling your home, staging is an invaluable tool that helps potential buyers better envision themselves living in that space. Whether you are staging your home for sale, moving into your new family home, or you just want to declutter your garage, self-storage can be a great solution.

Storwell Self Storage is currently offering my clients an exclusive offer of 4 weeks of free self-storage at any of their facilities. Storwell has locations in Etobicoke, Mississauga, and one location in Scarborough near Markham Road and Highway 401, which is just a short drive east of Bayview Woods-Steeles. If you need storage to help with home staging or moving into your new home, you can call a Storwell representative or visit a facility in person to demo a unit.

Parks and recreation in Bayview Woods-Steeles

One of the main benefits of living in Bayview Woods-Steeles is having access to amazing parks and large swathes of green space allowing you to get closer to nature. There is an extensive network of walking, hiking, and biking trails that follow the flow of the Don River and German Mills Creek. These heavily wooded trails are perfect for scenic afternoon walks or early morning runs. If you continue along the Bayview Woods-Steeles bike path southwards, you can follow it through the entire city and end up at the waterfront in Downtown Toronto.

Bestview Park is a small park located on Bestview Drive, which has a baseball diamond, a children’s playground, and three public tennis courts. The Willowdale off-leash dog park is in the southwest corner of Bayview Woods-Steeles and is a great place for your dog to run around freely and play with other dogs in a controlled environment. Right next to the dog park is the Bayview Arena, which has an indoor ice rink, an auditorium, and an outdoor BMX bike park.

One of the largest parks in the Bayview Woods-Steeles neighbourhood is Cummer Park located on the corner of Cummer Avenue and Leslie Street. The park has two full-sized soccer fields, two basketball courts, a baseball diamond with flood lighting, and four newly renovated tennis courts. A unique feature of Cummer Park is its skate park, which has a wide variety of obstacles for skate boarders of every skill level. The Cummer Park Community Centre is located right next to the park and has several amenities including a fitness studio, a pool, a track, and a squash court.

The best schools in Bayview Woods-Steeles

Bayview Woods-Steeles is home to some of the best schools in the entire GTA. The Toronto District School Board and the Toronto Catholic School Board both operate several schools in the area. There are two excellent options for high school students in the Bayview Woods-Steeles neighbourhood. AY Jackson Secondary School is located on Francine Drive and St Joseph Morrow Park Catholic Secondary School is located on the corner of Bayview and Cummer Avenue. Both secondary schools received extremely high marks in the Fraser Institute’s Annual Report Card for 2020 and were each ranked in the top 100 secondary schools in Ontario out of nearly 800 other schools.

The best places to eat in Bayview Woods-Steeles

Bayview Woods-Steeles has a large Chinese community and as a result the neighbourhood has a tremendous amount of wonderful restaurants specializing in Chinese and East Asian cuisine. Finch and Leslie Square is a popular shopping mall known for its great selection of dining options including Congee Wong, Sushi Legend North, He He Long BBQ, and Petit Potato, which is a busy local hangout that prepares a wide selection of bubble teas plus Chinese desserts and snacks. For amazing Japanese food, you can head over to Bayview and Cummer Avenue and visit Kaikaki Japanese Cuisine. On Steeles Avenue and Bestview Drive you will find Myoungdong Chammat Kalguksu, a Korean restaurant with a casual modern setting featuring daily all-you-can-eat menus of sushi favourites and grilled entrees. If you have room left for dessert, drop by Café Maxim’s on Finch Avenue East to try some of their delicious cakes and pastries.

If you’re looking to make your next move and the Bayview Woods-Steeles sounds like it might fit your lifestyle, contact our team today. We’d be happy to show you the best that the neighbourhood has to offer.